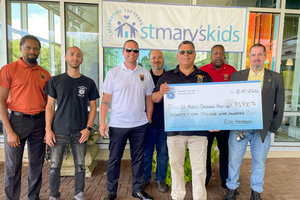 Teamsters Local 804 this week announced a donation of $188,000 to two hospitals serving New York’s children. The donations result from a class-action lawsuit against UPS, which illegally deducted money from employees’ paychecks for the company’s charity program. About 6,000 UPS workers in the New York City region were part of the settlement.

“The Teamsters are proud to support these two New York institutions who help so many of our families,” said Teamsters Local 804 President Vinnie Perrone. “UPS stole this money from its workers, but our members were made whole and ensured that the remaining funds were put to use strengthening our community.” Read more here!