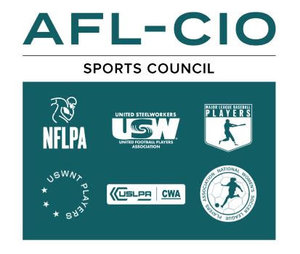 The Major League Baseball Players Association announced Wednesday that it is formally affiliating with the AFL-CIO with a goal of supporting the efforts and strengthening the voice of the national labor movement.

“The MLBPA has a proud, 56-year history of success rooted in unity and a highly engaged membership,” Executive Director Tony Clark said. “We look forward to bringing that history and experience to bear as a more formal part of the movement.”

“The MLBPA and every single one of its 1,200 players have a home in our movement because this union understands and lives the meaning of the word solidarity by leveraging the power of sports and helping others,” said AFL-CIO President Liz Shuler. “Together, with our 12.5 million members, we will bring our strength to their fights, including working to organize 5,400 minor league players.”

Notably, the AFL-CIO and many of its member unions offered consistent support that helped the MLBPA withstand a 99-day lockout by Major League Baseball to achieve significant improvements in a five-year collective bargaining agreement reached on March 10. The MLBPA will play an active role in the AFL-CIO’s Sports Council, a working group of professional athletes’ unions founded to align interests in areas of common concern with service, hospitality and other workers who support the professional sports industries. Read more here!