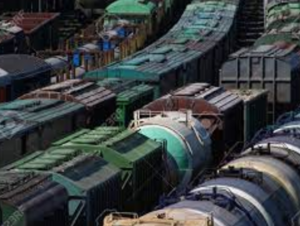 On Thursday, rail companies and union leaders reached a tentative deal that will avert a strike or lockout that could have begun as soon as today. The deal now heads to union members for a ratification vote and the workers have agreed not to strike while the vote is tallied.

The dispute that brought us to this moment wasn't about pay, but the day-to-day struggles of working in the rail industry. Rail workers often don’t have weekends, get no sick days, and say that just taking time to care for themselves and their families can lead to being fired. As engineer Ross Grooters told Mother Jones, workers are “just fighting for the basic right to be able to be people outside of the railroad.” Moreover, these workers have gone three years without a contract, during which the railroad companies could have offered them a fair deal at any point without threatening to disrupt the entire U.S. economy.

To understand more about how we got to this point, and what may lie ahead, check out coverage in Mother Jones and The American Prospect and video from More Perfect Union.