New Study: Being in a Union Means You Could Make $1.3 Million More Over Your Lifetime 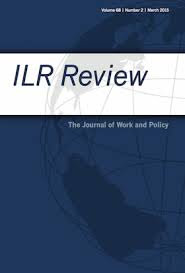 If you want to make a million more dollars over your lifetime, there's one solution: Join a union. That's according to a new paper in Cornell University's ILR Review. Researchers Zachary Parolin of Bocconi University and Tom VanHeuvelen of University of Minnesota Twin Cities examined the advantages of being part of a union throughout your entire career.

To quantify the impact of unionization on lifetime earnings, they used the Panel Study of Income Dynamics, which tracks some Americans every several years. The researchers zoomed in on men who would've been in their late 20s in the 1960s and 1970s, and tracked their earnings through retirement as well as whether or not they were union members. The result was the $1.3 million premium for workers who spent their whole careers in unions, even though those workers were more likely to retire earlier. Workers who are never in a union were projected to earn around $2.1 million their whole careers, while those who were in unions for their whole careers were estimated to make $3.4 million.

Workers without college degrees particularly benefit from career-long union membership. In fact, a worker without a college degree who has been in a union for 100% of his career is actually expected to make more than a non-union worker with a college degree. Read more in Business Insider.