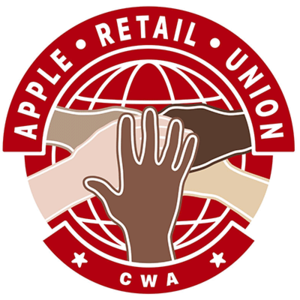 The National Labor Relations Board has filed a complaint accusing Apple Inc of illegally attempting to stymie a union campaign at a Manhattan retail store by interrogating workers and barring them from leaving pro-union flyers in a break room.

The complaint from the NLRB claims Apple asked employees at the World Trade Center store about their support for the union, forced them to attend anti-union meetings and prohibited flyers in a break room where it allowed other forms of solicitation. The complaint was spurred by charges that the Communication Workers of America (CWA) union filed with the agency in May. Sara Steffens, the CWA's Secretary-Treasurer, said the complaint would help hold Apple accountable for its anti-union activities.

"Apple has a choice," Steffens said in a statement on Wednesday. "Does it want to be known for intimidating its workers and creating a culture of fear, or does it want to live up to its stated values and welcome true collaboration with all of its employees?" Read more in Bloomberg and Gizmodo.