Take Action: Support a Fair Contract for the Dodo 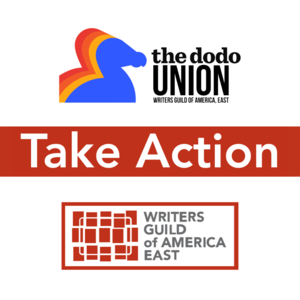 Stand with the Dodo Union in their fight for a fair contract! In a strong act of solidarity the Dodo Union delivered a strike pledge to parent company Vox Media signed by 100% of the bargaining unit. While the Dodo is the #1 media animal brand globally, the company still won’t agree to minimum salaries that meet industry standards, raises to account for rising inflation, caps to control rising healthcare costs, and other important issues. If management does not show significant movement on their positions, and if an agreement can’t be reached, members of the Dodo Union are prepared to strike.

On average, Dodo union employees make ~$16k less than their colleagues at other Vox brands. 75% of the unit are nonbinary and female identifying, and 40% are PoC. They are disgusted by the pay disparity in place under their parent company, where a brand like The Dodo that is sustained by these communities is given the short end of the stick.

The union is determined to get a fair deal on the table and sign it, but they need your support. Please take one minute to click here and show your support for the Dodo Union by sending a letter to Vox Media CEO Jim Bankoff, asking him to settle a fair contract before the current CBA expires on midnight October 31, 2022.

Support a fair contract for The Dodo