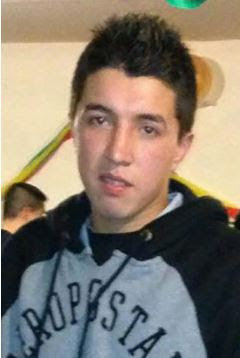 After spending years in legislative limbo before being approved in both the NYS Senate and Assembly in June, a bill that would significantly increase fines issued to construction companies found criminally liable for worker injuries or fatalities has been signed by Governor Hochul.

Known as Carlos’ Law, for Carlos Moncayo, a construction worker killed on the job in 2015 whose employer was convicted of manslaughter and ordered to pay the maximum penalty, just $10,000, the bill will raise the maximum fine for criminal liability to as much as $500,000.

"We applaud the Governor for signing Carlos' Law, said LIUNA Eastern Region Vice President Mike Hellstrom. "One construction worker is killed on the jobsite in New York every 5 to 6 days. This bill, which would allow for a penalty up to fifty times more than Carlos' employer was hit with will first and foremost be a deterrent. The legislature and Governor Hochul recognize that the virtual epidemic of dead construction workers has to end. In this piece of legislation, we take a great leap forward towards that goal. We thank them for their support of New York's working people."

"Construction is an inherently dangerous business. But it doesn't have to be a deadly one," said Mason Tenders District Council Business Manager Mike Prohaska. "Bad actors seek out the most exploitable workers to man their jobsites. In about four out of every five deaths the victim is an immigrant without union representation. On our jobsites, we protect the workers. We thank Governor Hochul today for standing up for those workers who aren't fortunate enough to be unionized." Read more here and in The Real Deal.