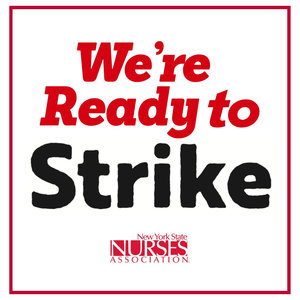 "NYC’s private sector hospitals are run more like private equity firms than the nonprofits they’re meant to be,” writes Matt Allen, an RN at Mount Sinai and member of NYSNA in an OpEd published yesterday in the NY Daily News. “They lavish their executives with six- and seven-figure salaries and bonuses, they jack up fees for services, and they prioritize their bottom line above patient care. Hospital executives seem to forget that their mission is to provide quality care to the community. Nurses are here to remind them."

RNs have been speaking out and sounding the alarm about the short-staffing crisis puts patients at risk, especially during a tripledemic of COVID, RSV and flu. Nurses say hospitals aren’t doing enough to keep caregivers at the bedside, and instead of working with COVID nurse heroes, in some cases, are even threatening to cut their healthcare benefits.

Can you join the nurses in solidarity on their picket lines? They'll be on the lines Monday, January 9th through Saturday, January 14 and are asking supporters to join between 10am-2pm.

Picket lines will be at:

Click here to read an open letter signed by 27 labor orgs throughout NYC (including the CLC) urging local hospitals to agree to fair contract, and follow the Nurses on Twitter.