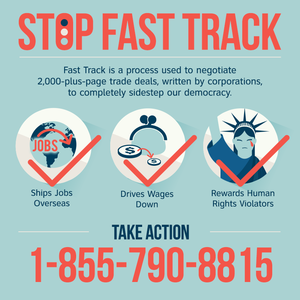 "American jobs are once again on the line. We have seen how the fast-tracking of trade deals like NAFTA harm our economy by killing jobs, eroding our public service infrastructure, and leaving even more workers to struggle to make ends meet.

“As working New Yorkers, we must hold our Congressional delegation accountable for standing up to protect the rights of working people here in New York City and around the country by rejecting the Trans-Pacific Partnership deal."